Scare Tactics: Are Root Canals Really Bad For Your Health?

The answer is no. There are several reasons why root canal therapy is a good option for your oral health and why you should feel safe getting this procedure done by an experienced endodontist. Read this article to learn more.

The research against root canal therapy is almost a century old.

A dentist named Weston Price believed that root canal therapy led to targeted bacterial attacks within the body, because beneath the hollowed out and filled tooth, bacteria would still fester without the benefit of blood flow to fight the infection. However, his research was not replicated, and more modern research techniques have disproved this theory. Price's tests, which were performed on rabbits with infected teeth, cannot be held to modern scientific standards because they did not have control study groups and used exaggerated doses of bacteria for the rabbits to fight. The science of root canals has been refined over the decades since Price's research, and they are now more advanced than the primitive endodontics of the early 20th century.

Root canals do not cause cancer.

Because Weston Price's research has been disproved, you do not need to worry about contracting chronic illnesses and cancers just because you have a root canal. In fact, researchers now believe that early intervention of gum and tooth diseases via root canal therapy reduce cancer risks by 45%. Additionally, cancers have many different manifestations and a number of different triggers, both genetic and environmental, so correlations of root canals to cancer victims are difficult to substantiate, simply because cancer in all of its different forms may have origins in a number of different factors that are nearly impossible to control in a scientific study.

Root canals can save you money.

Root canal therapy naysayers will claim that modern dental guidelines ignore the risks of root canals because it is such a lucrative procedure. However, extracting and replacing a tooth (the only other option besides root canal therapy) is even more extensive, and therefore potentially more lucrative. Dental implants or bridges are more difficult procedures, and not nearly as easy to perform or as quick for patient recovery. Root canal therapy remains a standard practice, not because it is a money spinner, but because it saves patients from more invasive and expensive treatments.

Root canals have less risk of infection than other procedures.

In medicine, the less invasive the procedure, the less likely the chance of infection. The same holds true for root canals. Saving the existing tooth by removing infected pulp is the best option simply because tooth extraction leaves a larger wound that takes longer to heal, exposing the gums and associated bones to a higher level of bacteria.

Millions of people have had successful root canal therapy.

Of course, there will be stories of people who have had bad experiences with their root canal procedures. There are instances where some infected tissue is left behind or external infection does set in, causing illness or pain that can spread to other parts of the body. However, poorly performed root canal therapy experiences from others should not deter you, especially because these cases, even though they speak loudly on the internet, are the exception. There 41,000 root canal procedures performed on a daily basis, and 89% of patients are pleased with the work done by a qualified endodontist.

If you are worried about the health effects of root canal therapy, speak with an endodontist at a clinic like Van Buskirk & Krischke DDS, LLC. They are specially trained to handle root canal therapy, and will do everything they can to ensure your health, both present and future. 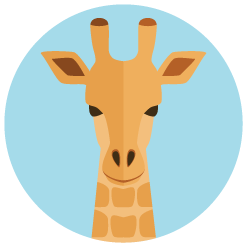